What is Avanlanche? Another Ethereum’s Alternative for Decentralized Apps

What is Solana? The Ethereum’s Competitor Billed More Scalable and Cheaper

Why the English Premier League filed for 3 crypto/NFT Trademarks

What is ERC-721? The Ethereum Token Standard For NFT & Metaverse

5 Things You Need To Know Before Investing In Bitcoin 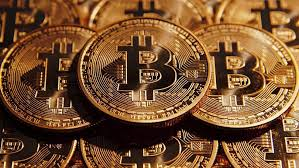 Before you venture into Bitcoin as a means of making extra money, it is expedient that you do a background research and understand what you want to invest in. Bitcoin investment is not a gamble or a lucky toss, as many people often see it. There are certain intricacies which a prospective investor must take note of. Some of these intricacies would be discussed in this article.

Bitcoin is a digital currency. It is a medium of exchange like any other fiat such as USD, EUR, etc. However, it differs from fiat in the sense that it was designed to exchange digital information through a process known as cryptography. Bitcoin leverages on blockchain technology in order to gain decentralization, transparency, and immutability. It empowers ordinary people because no centralized power is required to transact with it. Currently, Bitcoin stands as the most popular and most valued digital currency, largely as a result of the fact that it was the first digital currency invented by Satoshi Nakamoto in 2009.

Bitcoins can be sent directly between two parties through the use of a public key.

The public key – wallet address – contains a string of letters and numbers, from 26 to 34 characters, usually generated from the private key. It can be compared to your bank account number that enables you to receive cash into your bank account.

One interesting thing about Bitcoin is that, peer-to-peer transfer incurs very minimal transaction fees and solves the problem of the steep fees usually charged by traditional financial institutions.

1. How Bitcoin’s Value is Determined

Before you invest your hard-earned money into Bitcoin, it is imperative for you to understand that its value is not just determined by chance or luck. It follows a pattern and obeys certain rules.

The price of Bitcoin is governed by the law of demand and supply. This simply means that buyers and sellers of this digital currency, often control its value.

The price of Bitcoin is highly volatile and as such, it is a high-risk investment; at least, for now. If there are more sellers than buyers, the price drops and vice versa.

One interesting aspect of Bitcoin is that it has a fixed supply. This means that there is currently a limit placed on the amount of Bitcoins that can exist. As a result, It is widely believed Bitcoin will scarce in the future as many people would clamour to acquire and hold it.

Bitcoin has a maximum supply of 21,000,000. Unlike fiat currencies, Bitcoin cannot be minted at will by a central body because it is limited, algorithmically. As such, after the limit is exceeded, it becomes practically impossible to create new Bitcoins.

Bitcoin also has other desirable features. It is fast, borderless and decentralized with the potential to change the financial world for the better.  Not only does it currently have value as a payment system, it also possesses value as a store of wealth. It is also useful because it is built on open protocols. Essentially, anyone can innovate on top of it and make the system better.

Bitcoin also has an undeniable utility even when compared to other, newer cryptocurrencies. There is simply no other cryptocurrency that is as widely used and integrated at this point in time. Through network effects, we have started to see exponential growth rates, which create value as more people start using Bitcoin, and more merchants start to accept it as a means of payment.

Volatility means that an asset is subject to fluctuations, which makes it risky to hold on to, at any given point. This is because at the drop of a hat, its value may substantially increase or reduce. The more volatile an asset is, the more people would want to limit their exposure to it, either by simply not holding on to it or by hedging.

Volatility also increases the cost of hedging, which is a major contributor to the price of merchant services. Simply put, if Bitcoin volatility decreased, the cost of converting into and out of Bitcoin would decrease as well.

The price of Bitcoin is highly volatile and unstable and it makes it a high-risk investment. The graph above, shows Bitcoin price fluctuations from January 2019 to September 2019.

The total market capitalization of Bitcoin ($ 174.24Bn as at the time of writing). As such, Bitcoin price market can easily be manipulated by the big-time players known as the Whales. These Whales can crash the market hard or grow it in an insane manner.

Before you invest in Bitcoin, there is a statement you can’t do without, and that is: “Invest what you can lose”. Simply put, in Bitcoin investment, you can easily lose your capital within some time if you don’t apply good risk management.

3. Bitcoin Investment is Not a Gamble

Notwithstanding that the price of Bitcoin is highly volatile and unstable, it follows some patterns which can be predicted to an extent, mostly by using fundamental analysis, technical analysis and sentimental analysis.

Many people venture into Bitcoin investment with the mindset that it works by luck or that the industry can easily be navigated by gambling on decisions. This is the reason many are easily liquidated. Before anyone ventures into the Bitcoin, it is advisable that one understand some basic concepts in order to have a good grasp of these analysis.

For instance, the price of Bitcoin as the time of writing this article is 9478.60 USDT. It is true that no one accurately knows the direction this price movement would take in the next hours, but with the knowledge of the above-mentioned analysis, one can considerably predict the direction it would take for the short term, and make good profit from it.

Being great at these analysis does not, however, guarantee a win in all your predictions. What it mostly does is, it gives you an advantage over other persons who do not possess such skills. It is also worthy of note that people with these analytical skills also often possess good risk management skills, such as the use of stop-loss in trading. This is unlike amateur investors who always believe that luck would definitely shine on them.

5. Bitcoin is Not The Only Digital Currency In The Crypto Market

It is often very funny when one asks people if they have heard anything about cryptocurrency, and many of them answer in the negative; but when one asks them about Bitcoin, they answer positively.

There are other digital currencies that have the tendency of being more profitable like Bitcoin but one needs to be very careful and selective when choosing other cryptocurrencies.

The reason it looks as though Bitcoin is the only reliable option when it comes to digital currency investment, is because most digital currencies were invented recently.

A good example is Ethereum. According to Coinmarketcap, Ethereum is the second largest cryptocurrency platform by market capitalization, behind Bitcoin. Ethereum is a decentralized open source blockchain featuring smart contract functionality.

Ether is the cryptocurrency generated by Ethereum miners as a reward for computations performed to secure the blockchain. As of May 2020, Ethereum serves as the platform for over 260,000 different cryptocurrencies, including 3 of the top 10 cryptocurrencies by market capitalization. The price of Ethereum as at the time of writing this article is 236.18 USDT.

Evidently, investing in Bitcoin is not as complex as some people think, but it is also not as easy as some other people think. It often requires resilience and a good grasp of what both Blockchain and Bitcoin entail.

3 bluechip coins to buy on the dip

What is the most volatile hour for bitcoin?